I was much, much younger then. But the uncertainty, the dehumanisation, the chaos, the bloodshed… All of it was something I never imagined I’d see happen so close to me.

Yet it happened. To us, amongst us, around us.

The world is currently mourning the passing of a man who has been near and at the centre of global affairs for over 3 decades, Kofi Atta Annan. Dozens of pieces have been and will be penned about the man – his life, his achievements, his controversies, his failures. His life, however, has a more personal meaning to me.

Leading a team alongside Benjamin Mkapa and Graça Machel, Kofi Annan is widely credited for having stopped Kenya’s accelerating descent into complete anarchy. It’s a period in time that we, as a nation, seem to have collectively elected to forget about.

December 27th 2007 was a Thursday. Many lined up to vote in Kenya. Somewhere else in the world, Benazir Bhutto was assassinated. At home, the mood was upbeat. We had a late lunch at home that day on account of, you know, getting that spot of purple ink. As was tradition in many homes and pubs in Kenya, people would stay up keeping track of the numbers.

No one knew that by Saturday, the air would be thick with tension, nor that days later, blood and tears would be soaking the ground. Then began what may have been the darkest moment in Kenya’s history.

It may not seem like much now, but the descent went on for two months. Two full months. If you’re old enough, you probably remember that during this time, most forms of movement had virtually vanished. You could count the number of vehicles on the road on one hand. Supermarkets were closed. The few operating shops were selling only essentials – and even those were running out.

And it wasn’t out of paranoia: There was a genuine fear. People were afraid for their lives. We were afraid for our lives. Riots rocked the country. Gangs torching homes. Reports of police officers shooting unarmed protesters. People hacked to death with machetes. A church burnt down with men, women and children trapped inside. Fear became our national state of existence – unless you were one of those with state police or private security attached to you. The rest of us? It felt like we were on our own. Terror reigned supreme. 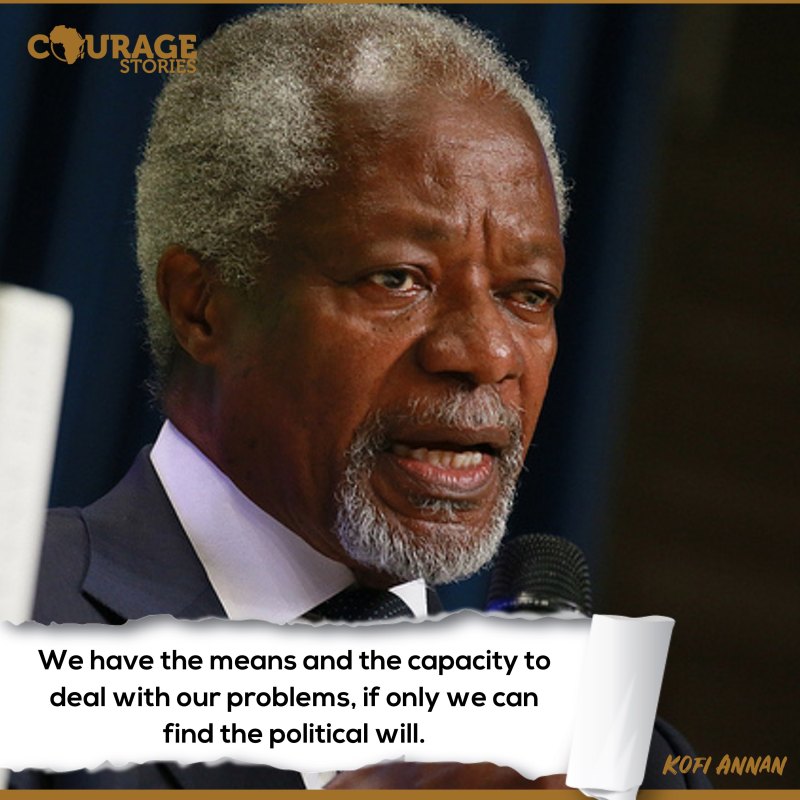 He’s one of a few people without whom, I believe in my heart, I wouldn’t have a Kenya to speak of today; without whom we’d have lost so many more people; without whom these squabbling humans we call leaders would have continued to hold us hostage, with our blood paying the price for their interests. Without whom I’d have lost so many more people around me that I cared about. If it never became very personal for you, beyond the news reports beaming images of bodies strewn on the ground, it would have been a matter of time before the carnage tore down your door and marched into your home. Just a matter of time.

I’ll be clear on this: This is not an apologist’s piece. The mistakes he made remain a painful spot not just to his legacy, but to the families of those that believe that the UN could have done more in places like Rwanda. I’m not here to argue on that. I’m here to show my appreciation for a person who had a direct impact on my life, the lives of people around me, and the nation I dearly love.

A person’s story is a sum of all its parts, successes and failures alike. My take: The world is a better place for the existence of Kofi Atta Annan. If not the world, then at minimum, this country that I dearly love called Kenya.